Peru is surprisingly a very culinary place. It is actually the most diverse place in the world with certain foods such as potatoes, corn, and quinoa. With the mountains and the ocean, there’s a large variety of vegetables, seafood, and meat. In Lima, there are tons of excellent restaurant choices, from hole in the wall places for the locals to high-end fine dining restaurants. In fact, one of Lima’s restaurants is ranked as one of the best in the world, Astrid y Gastón owned by famous world-renown chef Gaston Acurio. While I was not hiking Machu Picchu, I spent a lot of time eating delicious Peruvian food. Here are some of my personal favorites that must be tried while there:

A classic Peruvian dish with grilled steak, onions, red peppers, and french fries. A delicious take on the standard meat and potatoes, this dish can be found in almost every Peruvian restaurant. This is the perfect comfort dish and one of the easiest dishes to eat (unlike some of the other delicacies like guinea pig). 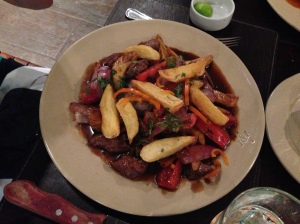 For the more adventurous eaters, definitely try Guinea Pig or Cuy. The restaurant we visited in Cusco, Pachapapa, cooks whole guinea pig, but there are plenty of places that just serve it steak style. It’s actually quite delicious, as it is typically grilled or baked with a crispy skin. The meat tastes like chicken (like all mysterious meats) and a bit like rabbit and is actually quite good. 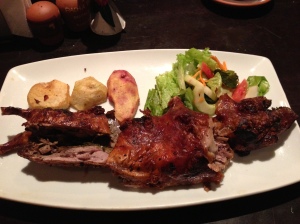 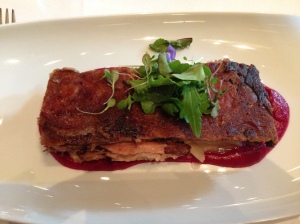 Llama and al paca are both very common animals in Peru, much like sheep are very common in certain places in the world like Northern Europe and New Zealand. Therefore, you must try the llama meat. It looks very similar to steak and tastes pretty close to beef, but just a little chewier or tougher. It’s best to get it cooked medium – medium rare. 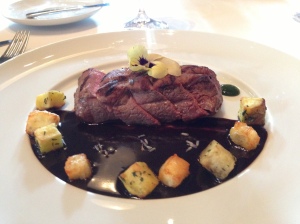 Some of the best and freshest ceviche can be found in Lima. Ceviche is a raw fish that is cooked using lime juice as a natural chemical agent. It’s incredibly light and delicious. Especially for those sushi fans out there, you must try different types of ceviche in Peru. 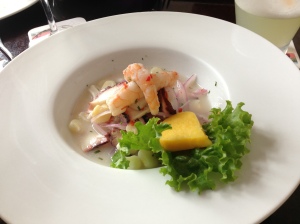 Very common throughout Latin and South America, Peruvian empanadas are slightly different than most. They are typically baked in an oven and not deep fried. The outside is more bread-like vs. more flaky dough. Additionally, you can find some more native Peruvian empanadas, such as ones with cuy (guinea pig) inside, or more traditional types with beef or cheese. 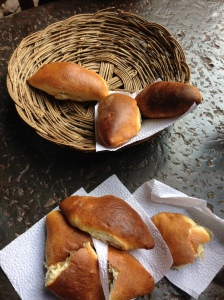 Delicious grilled meats on a skewer. Who doesn’t like meat on a stick? The most common types of anticuchos are made of beef or chicken and include some veggies on it such as onions or peppers. The grilled meats are seasoned simply with salt and pepper and usually come with various types of dipping sauces on the side. For the more adventurous, get beef hearts or chicken hearts. 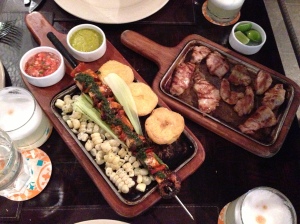 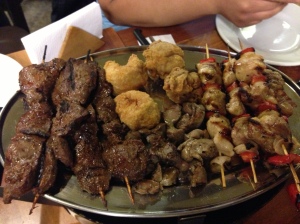 Pollo a la Brasa is grilled blackened chicken seasoned with salt and served with giant portions of french fries. It’s so simple, but delicious. Starting to see the grilled meat trend in Peruvian food? We went to Pardos Chicken, which is a popular chain restaurant that feels like an Applebee’s and is located all over Peru. It’s super popular with the locals, as it’s really reasonably priced and serves giant portions. 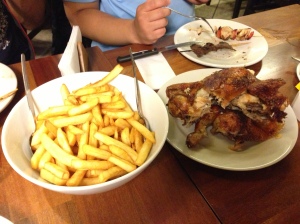 Chinese people have literally left their mark all over the world, including the culinary world of Peruvian cuisine. Believe it or not, Chinese food is SUPER popular in Peru and has been customized to have a Peruvian-Chinese taste. Chifa is a word typically used just in Peru to describe chao fan or fried rice. It’s actually quite delicious, as you can get different types of fried rice with more spices and with exotic Peruvian meats such as llama. 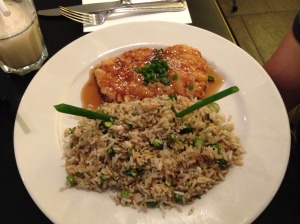 This dish is a layered potato dish which usually sandwiches avocado, chicken, and other veggies such as red peppers or peas. It’s like a Peruvian casserole. The image on the left is the more traditional form, however, I’ve had the potato deep fried before too like on the right. Both are rather delicious and worth a try! 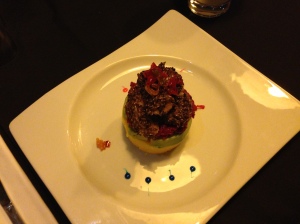 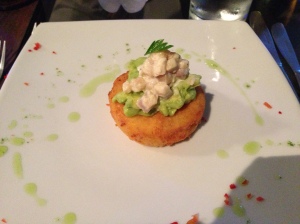 Mmm who doesn’t love a nice and crispy pork dish? The best one I had was at a Gaston Acurio restaurant in Lima called Panchita, among many other delicious grilled meat dishes. It’s basically a baby suckling pig roasted until it’s skin is super crispy. The meat was also incredibly tender. Definitely recommend trying this one! 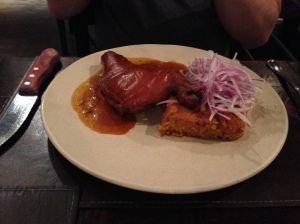 Obviously, Peru is the land of quinoa, potatoes, and corn. Try as many different varieties as possible. Each one is surprisingly different in taste, color, and texture.

Are there other Peruvian dishes that you love? Let us know what are some of your favorite items and where you can get them!

2 responses to “10 of the Best Peruvian Dishes to Try”